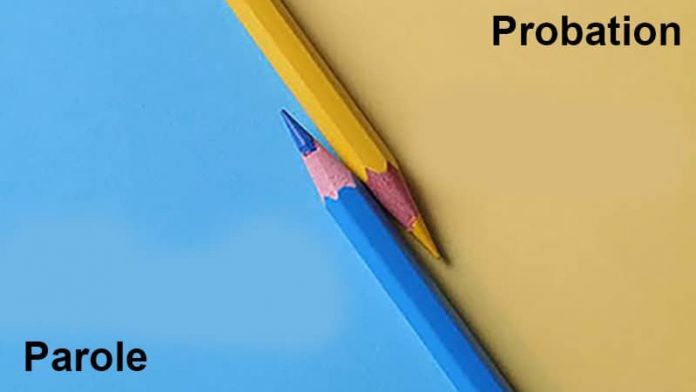 Difference Between Probation and Parole

Whenever a person gets into a legal problem and breaks the law, there will be several consequences, depending on the nature and severity of infractions. Two common but confusing sentences a judge can pass down are probation and parole. However, there is a main procedural difference between probation and parole.

Probation is part and parcel of the criminal’s early sentence, though parole comes much later, permitting the early criminal discharge from a prison sentence. The judge will give probation at trial. Many times it might be some jail time, or occasionally it might be in combination with some jail time. The judge will also specify all the limitations on the criminal’s activities throughout the probationary period.

A parole board usually grants parole once the criminal has served some or conceivably a lot of time. The parole board will consider some essential factors such as the criminal’s behavior in prison and level of rehabilitation and let him out early. The parole board can also specify some particular limitations on the person’s activities while on parole.

Parole is a state after jail time has been served. It common to hear about people getting time off based on their excellent behavior or being allowed out of jail on parole. It depicts that they must have proven the aptitude to change their ways and not cause trouble, along with an aspiration to be a productive member of society. In addition, all the Eligible offenders might release onto compulsory supervision when their calendar time serve and added to their good time.

The difference between parole and probation

Some of the significant differences in the progress of these two terms are as follows:

The difference in Sentence  Difference between probation and parole

Also read: Difference between whose and who’s

Difference between whose and who’s

The difference between APA and MLA